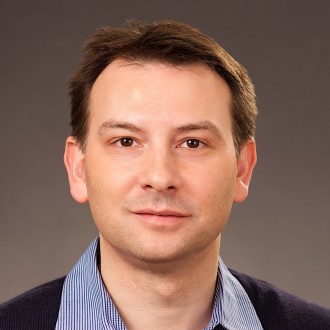 Bijan Pesaran is interested in understanding large-scale circuits in the brain and how to engineer novel brain-based therapies. Bijan completed his undergraduate degree in Physics at the University of Cambridge, UK. After a year in the Theoretical Physics department at Bell Labs Murray Hill, he went on to earn his PhD in Physics at the California Institute of Technology. He then made the switch to neuroscience as a postdoctoral fellow in Biology at Caltech. Bijan was on the faculty of the Center for Neural Science at New York University from 2006 until 2022. In 2013, he was a CV Starr Visiting Scholar at the Princeton Neuroscience Institute at Princeton University. Among other honors and awards, Bijan has received a Burroughs-Wellcome Career Award in the Biomedical Sciences, a Sloan Research Fellowship, a McKnight Scholar Award, the National Science Foundation CAREER Award and is a member of the Simons Collaboration for the Global Brain. Bijan is currently the Robert A Groff Professor of Neurosurgery at the University of Pennsylvania.