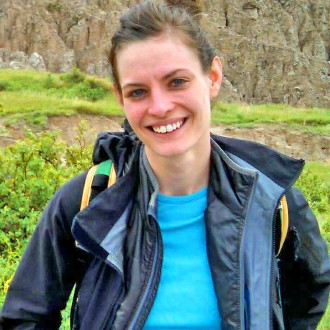 While in the Pesaran Lab, Margaret completed her undergraduate thesis contributing to a study of value representations by conducting simultaneous electrophysiological recordings in two areas of the posterior parietal cortex. After graduating, she continued as a junior research scientist implementing techniques such as multielectrode, semichronic array recordings in an effort to dissociate decision making circuits underlying eye-hand coordination, optogenetic stimulation to explore network dynamics in a fronto-parietal circuit, and laminar probe recordings to examine layer specific interactions underlying saccades. Margaret’s undergraduate thesis was awarded the Borgman Thesis Prize, 2010, for Best Undergraduate Thesis in the Faculty of Arts and Sciences at New York University.

Margaret is currently an MD-PhD candidate at the Tri-Institutional Weill Cornell | Rockefeller | Sloan-Kettering MD-PhD program. She is working on her graduate thesis in the lab of Winrich Freiwald at The Rockefeller University. Within this work, she is looking at the manner in which the face patch network, populations of neurons within the temporal cortex that specifically respond to faces, processes dynamic, socially relevant stimuli. Following this, it is her aim to gain an understanding of how this face patch network interacts with a network of areas along the superior temporal sulcus known to respond specifically during social interactions. Using fMRI, electrophysiology, and molecular techniques, she hopes to dissect the network interactions by which faces become socially relevant stimuli. Upon finishing her thesis, she will return to finish her clinical training at which point she hopes to establish a research based approach to exploring the biological basis underlying complex, clinical neurological and psychiatric disorders.